Description:  Coronado Island is a beautiful and quaint community famous for its beaches, military bases and the Hotel Del Coronado. The Hotel Del is one of the oldest hotels on the West Coast, has hosted dozens of world leaders, and was featured in the movie Some Like it Hot with Marilyn Monroe. Its beach is considered to be one of the top ten beaches in the United States.  Part of the island is a military Naval Air Base and Seal Training.  The rest of the island is residential and tourism.

Activity:  After we drive over the Coronado Bridge with awesome views of the harbor, we will stop briefly at one of the most picturesque views of the downtown San Diego skyline at the popular Ferry Landing.  Then we will proceed to drive across the island to the famous Hotel Del Coronado for a 3-minute tour on the beach, walk in front of the hotel and then a walking tour through the hotel lobby. 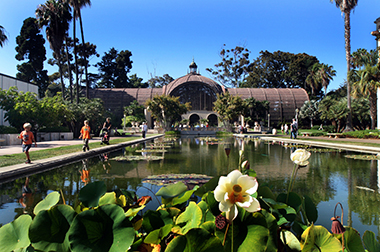